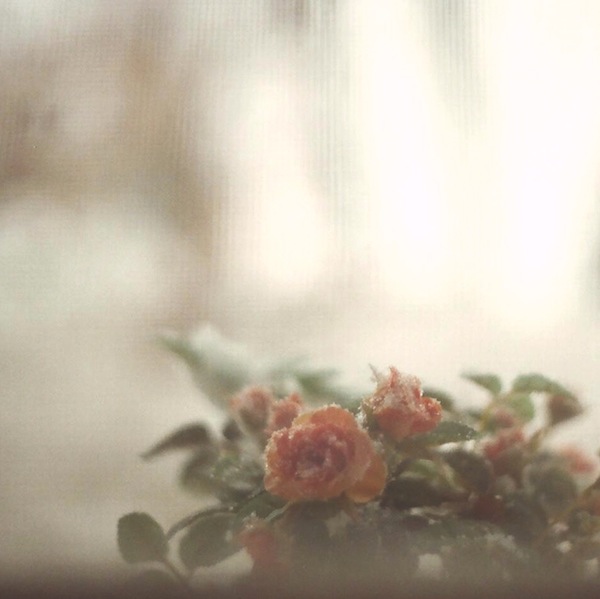 Much like the warmest and most comfortable blanket on a cold winter’s day, Sea Oleena’s latest release, Sleeplessness, has a way of wrapping you up and numbing you from the elements that await just beyond its embrace.

The album is a testament to the saying that less is more. Charlotte Loseth’s mellow vocals drift across the minimal guitar, piano, and electronic layers. Songs seemingly melt into one another to become a greater tapestry of sound. The result leaves a haunting, almost dreamlike state that leaves the listener intoxicated and ready for another taste.

The album is an absolute steal at a name your own price option so please be sure to pick it up and spend a few dollars to show your appreciation!

Charlotte: The name Sea Oleena comes from my name. I turned the C for Charlotte into Sea, and Oleena is my middle name.

TKF: What is the writing process like for you?

C: I find myself most inspired by traveling, moving around, seeing new places, seeing old places. The writing process is always changing depending on my mood, my situation, the day, the season, the sky, the the weather, the dark, the light. I try to write words as much as I can. Sometimes I force it and it’s good. Sometimes I force it and it’s bad. The main thing is to write as much as possible. Two lines on a page can be a whole universe. A blank page is not a poem. Inspiration is a funny thing though. I’ve known people who are so successful, who just go out and find their inspiration. That’s never been easy for me. I tend to wait for the waves.

TKF: While listening to your music, we often found ourselves longing to walk through forests or along cliffside bluffs taking pictures. Is photography a passion for yourself as well?

C: Photography has always been a large part of my life. It solidified as a passion when my father gave me his old camera and lenses. The feeling of sitting in a car or train or bus or plane with that camera on my lap is unmatched. It makes sense, I think, that the feeling would come through in the music.

TKF: What goes through your mind before you perform? Do you have any rituals or expectations?

C: Mostly my heart starts fluttering and I can’t sit still. It’s one of those things that gets easier the more you do it though, and I don’t do it very often at all. I don’t have any rituals beyond drinking red wine and breathing deeply. Breathing is important, I’m trying to do more of it. Expectations, generally, are avoided. By the time I get  on the stage, I’m living in the mindset of ‘now I’m going to play music, that’s all’. And, really, that’s all.

TKF: What’s next for you?

C: I’m working, slowly, on a new mini album for Sea Oleena. Slowly is the key word here. I’ve also been working with my brother, Luke, on our project together, ‘Holobody’. We have an EP coming out early December with Bad Panda records. Other than that, I’m baking a lot, thinking of getting a cat, taking care of my plants, doing lots of sewing, and working with a film-maker on the score of a series of short films. Be sure to check out Charlotte’s other project, Holobody.