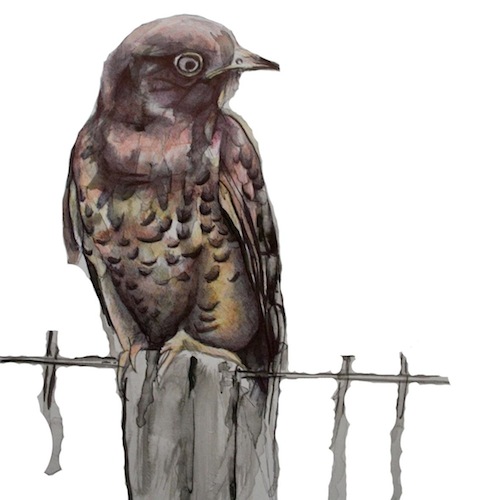 A blend of catchy guitar riffs, soaring vocals, and a DIY attitude that is sure to take them places, No Plato encompasses a mix of pop-indie and down tempo that many listeners will enjoy. Hailing from London, the band has already made an impression on the local scene and we look forward to hearing new material on their upcoming release due out later this month.

TheKnifeFight: Where did the name No Plato originate?
Sorrell: No Plato originates from one of my favourite W.H Auden poems. He wrote it towards the end of his life. In it he talks about loving his human shell of a body and rallies against the teachings of Plato that we should all be looking forward to the spiritual plane. Auden speaks of forging forward whilst on earth to enjoy, eating, drinking and creating. It felt like a good ethos for a band.

TKF: Are there any bands/artists that influenced you to become a musician yourself?
Tom: Like most teenagers in the 90s, Kurt Cobain definitely made me want to pick up a guitar, and the fact I play a Fender Mustang is no coincidence. He was too fucking cool. In terms of my influences for NO PLATO, guitar bands like My Bloody Valentine, Fugazi and Grizzly Bear are obvious big hitters, while Steve Reich and James Holden heavily affected the way I look at form and production respectively.
Sorrell: Individually we bring a great deal of influences to the table. Personally I grew up on 80’s cock rock from my Dad and blues from my Mum. I discovered Riot Grrl in my early teens which lead me to want to learn guitar and be in a band. The obvious trigger names to mention are PJ Harvey, Jeff Buckley, and Sleater Kinney. However, my tastes differ and vary.

TKF: What is the music writing process like for you? What inspires you?
Tom: Anything ‘new’ in life inspires me, whether it be events, people or places… As for the writing process, it normally begins with me improvising riffs & melodies on my guitar with a loop pedal for hours on end, usually with a drummer. I record all of this, and listen back to these demos on the tube and on my way to work, picking out all the bits that worked and slowly structuring them into a cohesive whole. It’s a fun and inspired way to write and means the original ideas are natural and not overly contrived. Sorrell then takes these demos and comes in with ideas, lyrics and vocals melodies.

TKF: How would you describe your music to a new listener?
Sorrell: Awkward pop music. It’s really hard to pin point what we do, so I always ask someone who has heard it to describe it for someone who hasn’t rather than try and describe it myself…so…I’ll ask my friend, she said “Off kilter rocky guitars. The Ronettes meets the Yeah Yeah Yeahs I suppose”.
Tom: I hate it when I get asked this. Essentially Sorrell is right: awkward pop music with guitars and big female vocals.

TKF: What do you enjoy doing when you’re not making music?
Sorrell: I have a tendency to get involved in the making of things. In the sense that I am the kind of person to look at a brick wall and want to know how to build it myself. I have an inate need to know how things work. So, I take on new tasks and crafts with abandon.
Tom: I’m simpler than Sorrell. Drinking tea, playing squash, seeing new places… I’m obsessive with the music, but with everything else I’m the opposite.

TKF: Would you rather be constantly too hot or too cold when sitting in a room?
Sorrell: Too hot, you can always take your clothes off.